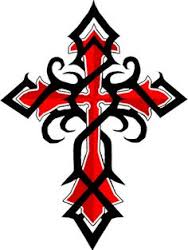 House Haunting vs Spirit Attachment
Spirit Attachments are different than having a haunting. When you have a house haunting, we work to remove the source of the activity from the home. This could either be human spirit, inhuman or demonic hauntings. We also work with the client to address how the haunting started. Did you move in to an existing haunted home or did you do something to bring the spirit(s) in. If the client was the cause of the haunting due to experimenting with spirit communication then, we educate them to ensure they do not repeat what brought the spirit(s) in to begin with.

Spirit Attachment – Briefly: this is when someone is the target due to something they did to bring the spirit to them. Somehow they gave permission to this spirit to “attach” to them. This could be willingly or unwillingly but in either case, permission was given. The person will either constantly feel this attachment all the time or it will come and go. The spirit world is very legalistic – think of a crooked lawyer. Spirits will look for any loop holes to continue the assault towards the person that invited them in until the permission is removed. We do not work with spirit attachments. This is a very serious issue and the process can be a long one. This type of haunting should only be addressed by a Catholic Priest or clergy that has training in this area. Forget about calling in multiple paranormal groups – unless they have clergy on staff that has training with this type of issue, you are not only wasting your time but, more than likely, will make things worse.

Are curses situated around just dolls or any inanimate object?

About a year ago, we were contacted by a lady who had just moved in with her boyfriend. Once she moved in, things started happening. Items would be found thrown to the floor. The boyfriend, whom had lived in this apartment for years, never had any experiences until his girlfriend moved in.

In talking with her, she was convinced something was attached to her and she was the cause. As I kept questioning her, she mentioned that her boyfriend woke up one night and saw this dark shadow figure hovering above him in bed. This was the first time anything had happened to him after all the years he had lived there.

Something wasn’t adding up. If she was the target why now is he seeing things? It was a puzzle that had a piece missing. I knew there was something that was being overlooked that would point us to the true cause of what was going on.

As I kept pressing for more information, she happened to mention that right after she moved in, her boyfriend took out a container of objects that he had stored under his bed. He had purchased these items when he lived in South America and decided set them around for decoration. That was it! These items were the cause not her.

I instructed her to take all the items put them back in the bin, sprinkle the container with salt, use a binding prayer I have on my site and get them out of the apartment.

A couple weeks later I got an update from her that once the items were removed all activity stopped. So, what was with these objects? I cannot know for sure but I would assume they were either used in a ritual or possibly cursed and sold to tourists. In either case, the source of their issues were carved inanimate objects which to the naked eye seemed innocent.

So what happens when you actually buy something that is deemed haunted? That will be covered in a separate blog as it is an ongoing case for us right now.

Looking for a group and not sure who to trust.

There are hundreds, if not thousands of groups out there. Some investigate only and tell you their findings. Others will not only investigate but work to help remove the spirits. You need to first decide on what you want â�� do you want to know what is there or do you want the spirits also removed?

There are groups that also have different practices. Any groups that are using black or white magic or any type of conjuring devices like crystals, tarot cards, Ouija boards, etc., should be avoided. If you are dealing with a spiritual issue, the group should have a strong relationship with God. Be sure to â��interviewâ�� the group and ask questions. Find out what they have done in the past; check out their website and see what they are about.

Any groups that charge should be avoided. We had a case where an elderly gentleman was charged over 5K in a year and was told he had demons in the house and attached to him. It turned out his issues were environmental. If you are immediately being told you are dealing with demons â�� tread lightly.

Listen to what you are being told. If they are using scare tactics â�� steer clear. Remember, you are bringing people into your home.

Lastly, remember, nothing is 100% so do not set your hopes on your problem being addressed in one visit. Sometimes, if it is you that brought the spirit it, it can be a lengthy process.

To smudge or not to smudge....
Does Smudging remove spirits or evil entities? Smudging removes negative energy from a location. For example, if there has been a lot of stress in a home, the negative energy builds up. If you do have spirits there, they will feed off the negative energy. Smudging will remove the negative energy but not remove the spirits. You may see a decrease in activity because you took away their â��food sourceâ��, so to speak but not the spirits. Once the negative energy returns to the home, so will the activity. IF you are dealing with demonic spirits, you should never smudge. Smudging actually makes them angry and increases the activity. So, unless you know what you are dealing with, you should be very cautious when smudging or having someone else smudge your home.
In the beginning.......
When I was called into this journey, I learned something very important early on - there is a lot of bad and wrong information out there about the Spiritual World. For example:

1) There are not demons lurking around every corner as some of the TV shows would have you believe. Demons are real but also rare.
2) Sage does not rid a home of ghosts or demons.
3) Practicing White Magic is not a cure for Dark Magic. Magic is Magic â�� only God can get you out of the mess you may find yourself in â�� not a bunch of crystals or visioning white lights.

As this blog will do â�� is break down individual subjects and delve deeper into this world. We do not claim to be experts as there are NO experts in this field. But I will say, what we will be blogging is based on actual experiences and/or knowledge from those that have been in the filed for 30 plus years.

If there are any topics you would like to hear specifically about, please go to the contact page and let us know. We will do our best to address everyoneâ��s request.

Until next time â�� May God look after you and bless you beyond your belief.